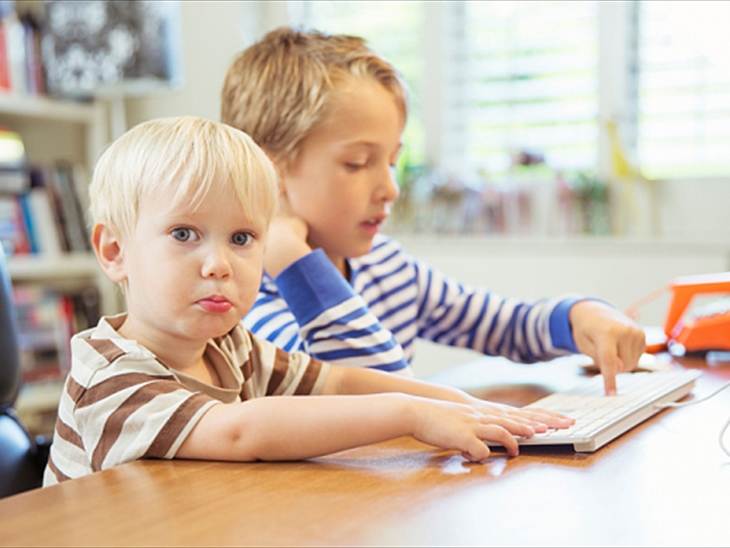 It is becoming a common occurrence these days to see young children ‘interacting’ more with a screen and less with their family when out for a meal. Although research into the effects that screen time has on oral language development and later schooling success is still in its infancy, we do know that the more a child is engaging with technology they are interacting less with humans. This in turn, results in fewer opportunities for children to listen to and engage in conversations which are fundamental in learning to speak and communicate effectively. These interactions provide children with the opportunity to build their vocabularies, understand social rules of language such as turn taking and asking questions as well as understanding body language and facial expressions.

Health authorities have become concerned with the boom in the use of technology by young children.  It is feared that there will be serious knock-on effects in the areas of education and health which has prompted the Australian Department of Health to issue the following guidelines regarding screen time for children aged 0-5 years (see below for more details).

Between 2 and 5 years of age children are like sponges, soaking in all the oral language input and learning new words (sometimes words we wish they didn’t learn) at an incredible rate. At 2 years of age children should have a vocabulary of 50 words and we should begin to see them combining two words together to get their needs met and to express themselves such as “More milk” or “Daddy  home”. In order for this development to occur adults are needing to spend time engaging with their children in play, book reading and conversation to model how communication works.

Now all that being said, technology is here to stay and there are very real benefits of using technology to supplement our children’s language and literacy development.  Personally, I recently found that I could only engage my four year old son in learning letters and sounds through technology!  We had always used books and play for language development but he just did not seem interested in learning the alphabet nor writing his name. I was becoming concerned because he was due to start Prep in 2015 so I purchased a Letterland computer game and showed him how to play it. We sat together and practiced the letters and sounds and played the games. The VERY next day he picked up a toy that had a cross on it and he said “Look Mum, it’s X like Fix-It-Max (one of the Letterland characters)”. I couldn’t believe it! Since then I have used other i-pad apps to further encourage his interest in learning letters and their sounds, but of course, I always restrict the time he is on the i-pad and talk with him during and after his screen-time. He still doesn’t like to write his name however so it important to remember that screen time should be used to supplement other learning activities to achieve a well-rounded approach to development.

My 3 favourite apps for encouraging early literacy development (for kindergarten/Prep age children) include:

Obviously, reduced screen time and more time interacting with your child will prove most beneficial in developing their communication skills. However, the following strategies can be utilised to enhance your child’s oral language when they are engaging with technology:

• For Children 2 to 5 years of age, sitting and watching television and the use of other electronic media (DVDs, computer and other electronic games) should be limited to less than one hour per day.

• Infants, toddlers and pre-schoolers (all children birth to 5 years) should not be sedentary, restrained, or kept inactive, for more than one hour at a time, with the exception of sleeping. 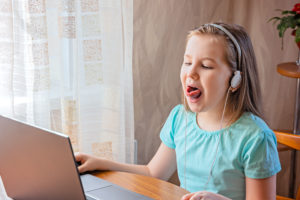 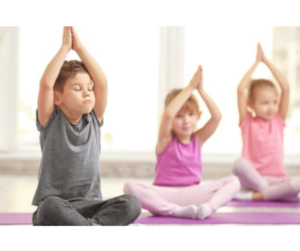 Can TalkHQ fit your career goals?

Five secret benefits of private practice they don't tell you at uni! 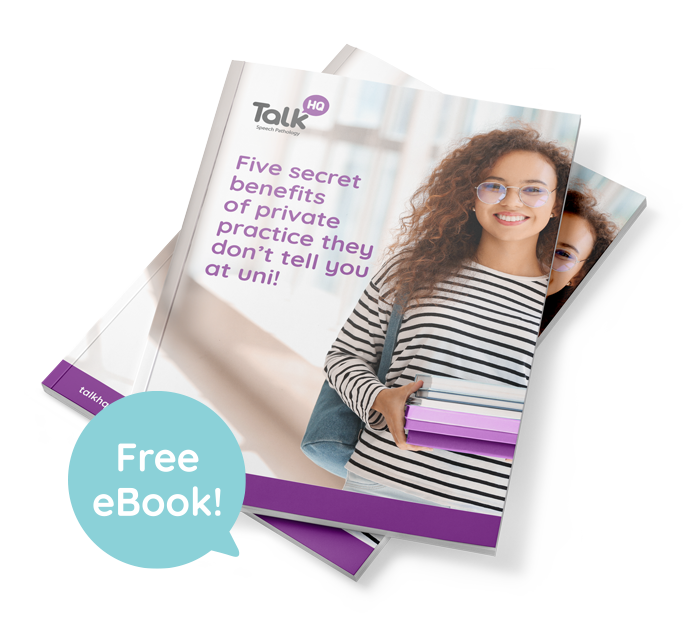 Simply enter your details below to receive a Free download